Congratulations to Team Gibb, the winners of the 2019 Sellar Trophy!

After two days of play, the low road final featured Elizabeth Sharp (Murrayfield) vs. Ann-Maree Davidson (Perth). Davidson’s squad started strong and had 7 points already on the board at the end of the second. Despite a strong showing in the sixth, Sharp’s team couldn’t climb back from the early deficit. The final score was 12 to 5 in favour of the visitors.

The high road final featured a rematch between the undefeated Team Robertson from Kelso versus Murrayfield’s Team Gibb. The two had previously met in the schenkel round, with Margaret Robertson taking the initial match handily. In the rematch, the tables turned. Despite the Kelso rink taking a 4 in the third, Betty Gibb’s home team steadily added points to reach a final score of 9 to 4. 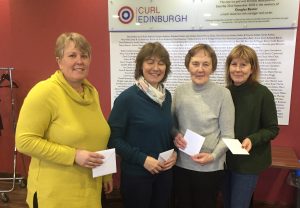 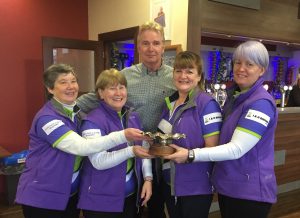 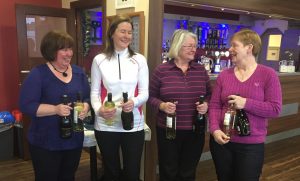 Due to the Coronavirus lockdown, our shop is closed until further notice. No orders will be processed in the meantime. Dismiss