Many congratulations to Edinburgh curlers, Jennifer Dodds and Bruce Mouat, who won Gold for Scotland in the World Mixed Doubles Championships up at Curl Aberdeen. 20 countries competed, with Scotland winning a nail-biting final against Norway. Scotland’s success also ensured Team GB will be in the 2022 Winter Olympic Mixed Doubles curling competition. 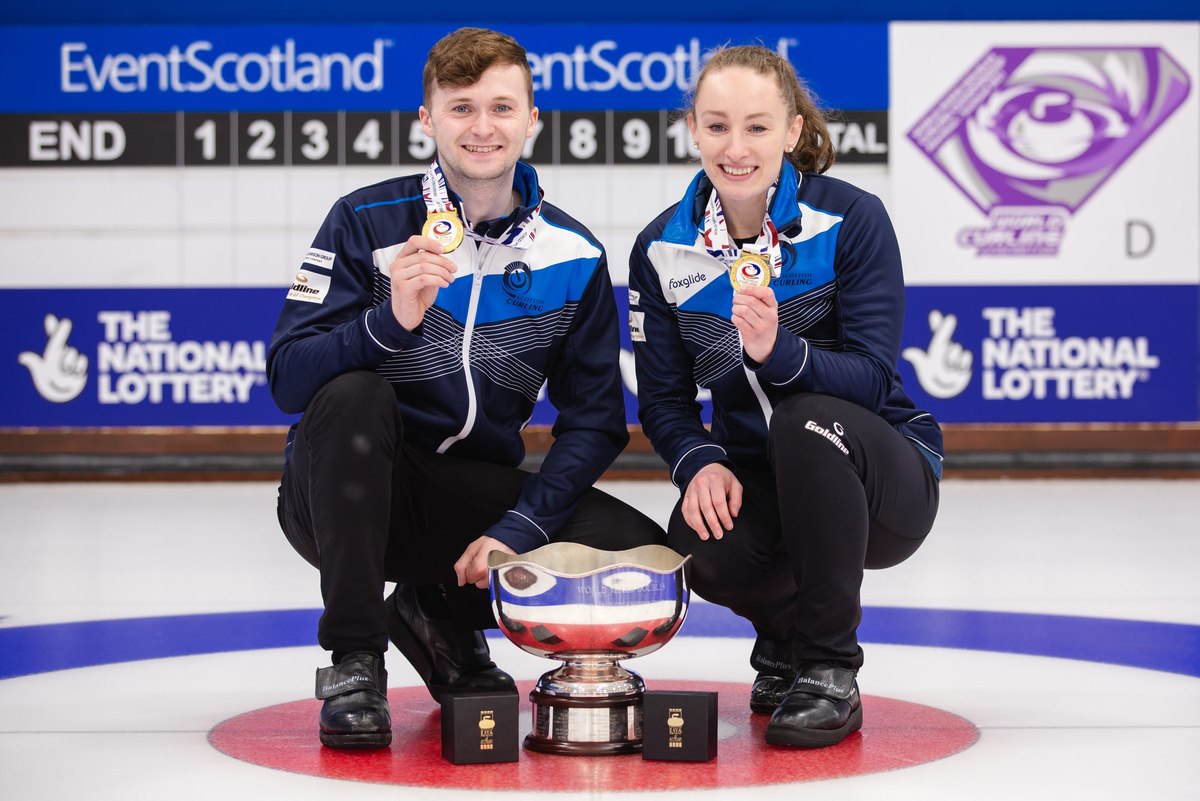 Everyone here at Curl Edinburgh is delighted with Jen & Bruce’s latest success, so once we get our 2021/22 season started in September we hope to host them both for a celebration of their wonderful achievements.

Well done to all the staff and volunteers at Curl Aberdeen who made the event so successful. You may have spotted our young Ice Technician, Fraser Shaw, helping on the ice.

If all this recent curling success has inspired you, please register your interest on our Try Curling webpage, and we’ll contact you once dates are available for next season.

We are closed for summer. Re-opening in September for the 22/23 season. Dismiss